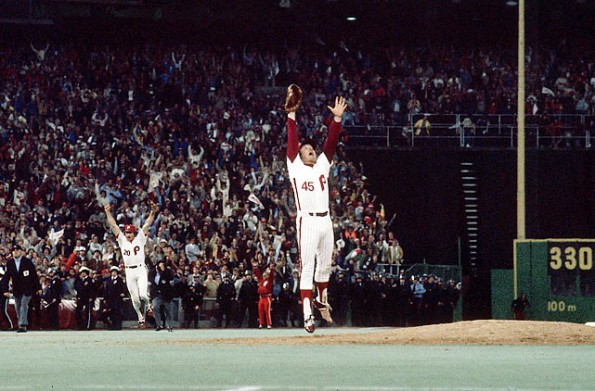 The Phillies are a Philadelphia-based National league team that is also a member of the National League’s East division. The Phillies replaced the Worcesters in the year 1883 and first appeared in a postseason in a face-ff with the Boston Red Sox in 1915. Since then, the team’s history has been a combination of highs and lows with the team currently holding the record for the second-longest losing streak of consecutive seasons. This involved 16 consecutive losing seasons starting in 1933 through 1948. Despite this, however, there have been periods of success here and there. The team has won five division championships, two World Series championships, and several pennants. We take a brief look at the team’s managers, owners, and famous players.

The Phillies have had 53 manages throughout their 127-year history. The team began as the Philadelphia Quakers after one of baseball’s pioneer players; Al Reach was awarded a chance to replace the Worcesters. The new team however started off with what is currently still the worst winning percentage of .173. This led to a change of management with Harry Wright taking over. It is at this time that the team changed its name from Quakers to Philadelphias shortened as the current Phillies. After the Phillies owner dies in 1930, Gerald Nugent took over as the new team owner who later sold it to Bill Veeck. Bucky Harris managed the team from the year 1943 but was later fired by the then owner, William Cox. The team is currently managed by Pete Mackanin who has a .432 winning percentage. The team’s best performing managers include Charlie Manuel (.551), Dallas Green (.565), Andy Cohen (1.000), and Bob Allen (.714). The worst record was by Blondie Purcell who recorded a .160 winning percentage.

The team has had more than a hundred award winners since inception. The most notable include the National League’s most valuable player award won by Chuck Klein (1932), Jim Konstanty (1950), Mike Schmidt (1980, 1981, 1986), Ryan Howard (2006), and Jimmy Rollins (2007). Team members have also won the CY Young award, Rookie of the year award, Rawlings gold glove award, silver slugger award, Rolaids Relief man ward, several MLB awards, Roberto Clemente award, and the players’ choice awards amongst many more. Combined, there have been hundreds of individual and team awards throughout the team’s history.

The team has participated in 127 seasons having played more than 19,000 games winning almost a half of these. Phillies’ Chuck Klein holds the largest number of franchise records and is also the NL’s triple battling crown winner. Ed Delahanty holds the all-time triples record for the Philadelphia Phillies. The team’s batting record is held by Bill Hamilton with .361 who also holds the on-base percentage record with .468. The OPS and Sluggish percentage record is held by Chuck Klein with the home runs, RBI, bases on balls, and strikeouts record being held by Mike Schmidt. The Phillies’ average a .472 winning percentage since inception in the 1880s. The 2000-2010 decade and the 1890-1900 decade saw the Phillies record the best winning percentages of any decade at .525 and .542 respectively.

The Phillies have played on various grounds since 1883 some of which were theirs, others leased and others on a temporary basis. The most notable of these include Baker Bowl, Shibe Park, Veteran’s Stadium, and Citizens Bank Park. Of the Phillies’ total games, 9,464 have resulted in wins and 10,552 losses. The team has made use of 72 different starting pitchers with 20 ending in no decisions, 33 wins and 40 losses.